We are extremely excited to announce that the studio time is booked ready to record our next long-awaited and highly anticipated album! This summer we have been playing a selection of our new songs in our festival set, and the audience response has been overwhelming, the songs being described and “fresh and new”, and “like 3 Daft Monkeys but more intense”. We can’t wait to get them down for you to listen to at your leisure.

We will be starting a Pledge/ Crowdfunder campaign in the next couple of weeks, as we would like to involve you, our amazing supporters and fans, and invite you to have a direct input in our new creation. So watch this space, as we’ll need you all very soon!

We are currently songwriting manically, Tim’s up all night with his 12-string and notebook, and Athene is walking the coast paths, humming to herself and scribbling notes on napkins. We’re jamming the tracks out, recording demos and creating as a whole band, and the result is a new dynamic and experimental sound for the new band line-up.

We’re aiming for an album release in early Spring 2017, ready for a spring venue tour and a summer of festival frolics.

We’ll be putting snippets of demos and live performances of the new songs on Facebook and Twitter, so keep a lookout and tell us what you think. 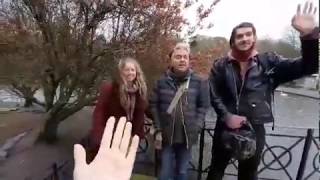 THANK YOU FOR A MAGNIFICENT SUMMER OF GIGS!!